Faculty of Humanities and Social Sciences

Doctoral programme of Modern and Contemporary

University of Regensburg, Chair for the History of Southeast and Eastern Europe

The tectonic changes after the Fall of the Berlin Wall in 1989 and disintegration of Yugoslavia enticed some historians to proclaim the superiority of the Western democracies (Francis Fukuyama), to fortell the alleged end of East European history as a specific field of research (Jörg Baberowski) or to revive the old limes between East and West as a civilisation boundary (Samuel Huntington). Other historians, whose voices were heard not so much in the general public, but among the experts, posed the question of southeastern European history as European history (e.g. Holm Sundhaussen) or as global history (Marie-Janine Calic). The enlargements of the European Union since 2004, which embraced a large portion of this area of Europe, seemed to justify the latter approach.

Yet, after 30 years it is high time to discuss whether Southeastern European history represents a specific field of research? If so, what are its distinctive traits and its relationship to other regions such as Central Europe, Eastern Europe and the Mediterranean? Some other issues that are open for discussion are: What is the role of politics in this process? Are there terminologial or conceputal shifts regarding Southeastern Europe, Central Europe and newly introduced Western Balkans? What are the differences between intrinsic and extrinisic views on the region? What was (and still is) the extent of various Western models and of mutual, intraregional influences? Last but not least, one should take into consideration the development of postcommunist historiography and address the continuous discontinuities that mark the history of the region even in the 21st century.

The doctoral workshop should enable doctoral students in Zagreb and Regensburg to present their research as the basis for the discussion on similarities and differences in their thematical, conceptual, spatial and chronological framework. In what ways is their work influenced by discourses in the academic and general public? Do modern social media play a role in this process? What are the potential points of communication and cooperation between the doctoral students as well as between their professors?

The participants should present their papers that last up to 25 minutes. The summaries up to 2000 words (Times New Roman 12) and biographies should be sent by March 15th 2019. 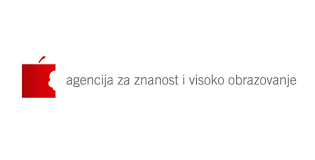